Cats are great at lifting up our moods. Whenever you are feeling down in the dumps, there is nothing like a little furry companion on your lap to make you feel better. For the unfortunate individuals who are allergic to kitties, perhaps you have been cheered up by a cartoon cat! Here are some cat drawings that you may be familiar with. Perchance one has a special meaning to you :)
Felix the Cat

He began as a simple cartoon figure, drawn by Otto Messmer in New Jersey. His fame quickly took off, and he became the first cartoon movie star. He has starred in several movies, as well as in a TV series. They soon had products of Felix, ranging from dolls to jewelry. The very first TV broadcast, in 1921, was of Felix the Cat. Since he was black and white and a doll that did not melt in the presence of much heat (due to the lights used at the time), he was easier to broadcast. According to TV Guide, Felix the cat is the 25th most recognizable cartoon character in the world.

Garfield
Originally the star of a comic strip started by Jim Davis in the 1970s, Garfield has also been in movies, TV series, and video games. Jim Davis named Garfield after his grandfather. Garfield's interested ranged from eating (his favorite meal was lasagna), sleeping, and terrorizing the dog, Odie. Garfield is the world's most syndicated strip; it appears in over 2,500 newspapers. Garfield's co-stars include his owner, Jon, the dog, Odie, and the veterinarian, Dr. Liz Wilson.
The Cat in the Hat 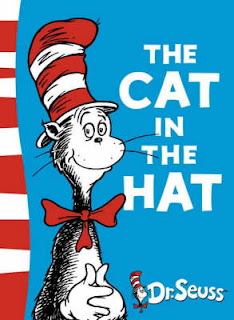 Dr. Suess was the creator of this cat, beginning with the well-loved children's book, The Cat in the Hat. Probably the most recognizable feature of this tall cat, is his red and white striped top hat. This mischievous feline causes trouble where ever he goes. He is also featured in the books, The Cat in the Hat Comes Back and I Can Read with my Eyes Shut!. There is also a full feature film released in 2003, starring Mike Myers as the cat. He has also starred in his own TV series, one recently released on PBS in 2010, called The Cat in the Hat Knows a Lot about That!, as well as another series released in the 70s. 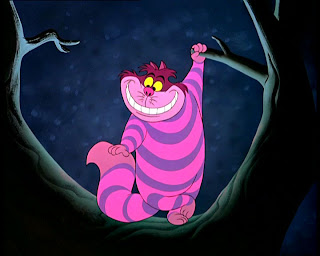 Surprising as it may seem, Lewis Carrol did not come up with the idea of the Cheshire Cat, though he popularized it in his novel Alice in Wonderland. The first recording of the use of the phrase "Cheshire Cat" was in A Classical Dictionary of the Vulgar Tongue, published in 1788, describing it as any person who smiles and shows both his teeth and gums. In  the novel, Alice in Wonderland, this cat speaks in cryptic riddles and philosophies that confuse Alice. In the movie, the cat is illustrated as a sort of villain, since he often gets Alice into trouble.

Hello Kitty
This completely adorable cat was designed by Yuko Shimizu, and was produced by the Japanese company, Sanrio. She first appeared on a purse, but later had an entire line of products devoted to her. Her full name is Kitty White, and she was "born" on November 1st. She is described as "a bright and kind-hearted girl, good at baking cookies and loves Mama's apple pie." She is featured on many products, including an airbus, a stratocaster electric guitar, wine, debit cards, and many more everyday products like pencils and erasers.

Co-starring with his owner, Calvin, in a comic strip by Bill Watterson, Hobbes is a friendly member of the feline family. He is actually a stuffed tiger, but he comes to life in Calvin's imagination. These two troublemakers go on adventures as well as terrorize many people they meet, especially their neighbor, Suzie. These two characters are named after the famous philosophers, Thomas Hobbes and John Calvin, and they often delve into philosophical topics themselves. Hobbes regularly pounces on Calvin, a six-year-old, to greet him when he gets home from school.

His first appearance was in the introductory and closing credits of the live-action movies, The Pink Panther, released in the 60s. The cartoon character was so popular that a studio made a cartoon series starring him. In the cartoon, the Pink Panther often harasses a man by painting his blue house, pink. In 1964, the animated short film, The Pink Phink, won the Academy Award for the best animated short film. The character typically remains silent, ever only speaking in two animated shorts.
Posted by catsandcoffee at 1:55 PM

Email ThisBlogThis!Share to TwitterShare to FacebookShare to Pinterest
Labels: cats, felix the cat, garfield, hello kitty, hobbes, the cat in the hat, the cheshire cat, the pink panther