What are the secret kittens? Well, thanks to a generous employee, who we will call Robert for privacy purposes, at the Woods Humane Society, we were allowed to go into the "Secret Kitten Room" in the back of the building, where there were four very cuddly and fuzzy kittens, all vying for our love.

But first things first. The first cat room we found was filled with the older cats that were not yet adopted. Our personal favorite was a Siamese-Tabby mix, Chico, who was sweet and lovable. We wished we could adopt him right then and there. The other favorite was a black cat. Sammylamb especially loves black cats. By the way, there is a $25 rebate on black cats, if anyone is interested!
Next was the room filled with evil reject kitties. Not only were they scary, they were also scared (seriously, there were signs posted by their cages describing some of the kitties as frightful). Sare-bear's favorite was the  one whose cage was covered by a blanket, and who hissed profusely whenever we lifted up the blanket. She wanted to keep it for entertainment purposes. Surprisingly enough, we didn't spend too much time in this room. 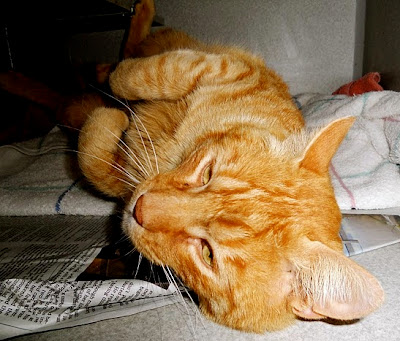 The last, and best room by far, was the secret kitten room. We technically weren't allowed to hold the cats, or even in the room, but our new friend Robert allowed us to play with them. He even took our picture! They were just adorable. Their meows were tiny squeaks that made our hearts flutter. They were soft as cashmere, innocent as a rose. They nuzzled our necks and we kissed their furry heads. They loved to climb up onto Sammylamb's back for some unknown reason. We both came out slightly scratched up from their tiny claws, but it was worth it. So worth it. 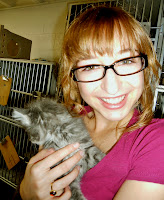 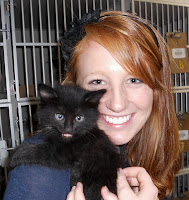 We also saw dogs there. We were honestly scared of them, as most of them were of the pit-bull breed. They made us sad as well. Dogs need so much attention and love that it is depressing to see them locked up in a cage all alone. Cats are okay because they are more independent. Yay cats!


After our adventure to the Humane Society we headed downtown for more fun! We went to our favorite store, Urban Outfitters, and got super cute matching shirts! We then went to our favorite coffee shop, Kreuzberg, where we ordered matching lunches and drinks. It was a good day. We're going to the Cal Poly baseball game tonight, even though we prefer the Giants to the Mustangs. Go Giants! Sare-bear is kind of in love with Buster Posey.. just sayin'. It should be the pinnacle of an amazing day, filled with kittens, chai lattes, and excitement. 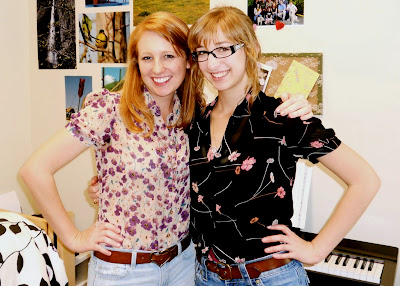